5 of the best kind of testimonials

Testimonials are incredibly powerful weapons in your marketing arsenal.

When it comes to your website, visuals are the hook to get people interested, the layout directs people where to go, and copy sells. And the most powerful part of copy is testimonials and case studies.

We all want someone who can help us with whatever it is that we need. The best way of demonstrating that you help people is showing that you have already helped people just like them.  That what you do works.  It’s worked for others and will work for them.

Whilst writing about how you help someone is good, and something you should be doing, someone else saying how you’ve helped them is even better.  It supercharges your website.

When I am looking to work with someone or buy something I always check out their reviews or testimonials (they’re basically the same thing).  Yes, we all know there are plenty of fake reviews online but they still influence whether or not we buy.

Now, pages of testimonials saying “Beyond the Kitchen Table were great” aren’t the most effective. I mean they’re pretty good for the ego but you want more than an ego boost – you want leads, bookings and sales.

So what you want is the kind of testimonials that show your Ideal Client that you helped someone like them get the kind of result THEY want to get.  This is crucially important.

People are buying results – they’re not buying the features of what you offer.

As well as nudging people to book or buy from you (or whatever action you’re asking them to take), the “right kind” of testimonial can be incredibly powerful in positioning (or repositioning) your business to work with the kind of people you want to work with and doing the kind of work you want to do going forward.

So what is the “right kind” of testimonial?

1. It shows the kind of work you want to do more of

We’ve been working with a plumber. He’s highly in demand (we had to wait 5 weeks for him to replace our boiler) and very skilled.

He gets lots of calls from people asking him to repair dripping taps, toilets that don’t flush, blocked pipes etc. Whilst he is very capable of doing that kind of work (and will do so for regular clients) what he really wants to do (and be known for) is boiler work. Replacing, servicing and repairing boilers.

His testimonials include the likes of “Succeeded in quickly fixing our taps and shower where two previous plumbers had failed”. And guess what? If you are looking for someone to fix your taps or shower (especially if you have tried someone else and realised the job is not as straightforward as it looks) this testimonial is going to make you think HE is the guy for the job.

But if you want someone to fit a new boiler? You’re going to think he is great with taps and showers but this kind of a testimonial is not going to convince you he is the right person for your boiler job…

I know it sounds obvious when you put it like that but so many businesses just use the best testimonials.

It doesn’t matter if the testimonial is glowing. If it is not the kind of work you want to do then DON’T show it (or at least don’t show it in the most important places)

And if you do lots of different things (and want to continue with this variety)? Show them. All of them. In the testimonials you show on your website.

Use testimonials that show the kind of work you want to do (and want to be known for) and you’ll attract more clients who are looking for that.

2. Show testimonials that represent the kind of people you want to work with

When people are looking to buy, they want to see you have helped people like them. And if they’re looking for a reason not to buy? They will use the excuse that you don’t help “people like them”

If you are a fitness coach who wants to specialise in helping “mid life” women, then you should show testimonials from “mid life” women. Yes you may work with others, but if I am mid life woman (which I am!) looking for a fitness coach, I won’t be convinced you’re the person to help me if your website is full of testimonials from men. Or from women who are a lot younger (or older) than me. I want to see that you have helped someone just like me, or even better, several women like me – and that they rave about you.

It won’t necessarily stop other people coming to you, but it will reduce these and it should increase the number of enquiries from the kind of people you really want to work with – because they’re finding you a more attractive proposition.

3. Show what you want to be known for

What do you want to be known for?

The kind of testimonials you share paint a picture of the kind of person/business you are.

We work a lot with clients who are not tech savvy or who are afraid of tech. They don’t like jargon and many of our testimonials talk about how helpful we are, how we hold their hand through the process and how we don’t talk in tech jargon. That IS how we are but we have also chosen to highlight those kind of testimonials in key places as we want to work with clients who are looking for someone like that.

If you want to attract clients who care about the cost of what you do, then use testimonials which talk about how cheap you are. If you want to move away from clients that are looking for the lowest cost then use testimonials which talk about the service you offer (rather than the cost of it) and perhaps how it was worth what they paid.

If you want to move away from short term work and towards long term relationships show testimonials from clients who talk about having this kind of relationship with you rather than the “needed some last minute help to get something fixed” kind of client.

We helped an accountancy client who wanted to move away from last minute help with tax returns and towards long term relationships with clients. So we removed the testimonials which enthused about how great they were working quickly to turn around tax returns these clients had left until the last minute. We replaced them with testimonials from the kind of clients they wanted to work with going forward which referred to the great relationships they had and how they considered them being part of the team. Whilst it is unlikely to stop calls from people needing help with last minute tax returns (who are likely to be pretty desperate for help) it shows people who want an accountant that will be there for them all year that they are the right people for them.

4. Testimonials don’t always have to be completely positive

It goes without saying that the testimonials you use should, of course, be positive about the experience that client has had. But having some negativity is not necessarily a bad thing.

For example, you might have a testimonial that talks about you not being the cheapest (or even that you were expensive) but you were worth the price. Or even that they had to wait a long time to work with you but it was worthwhile. Sometimes that can even emphasise how good you are.

For example if you are a graphic designer someone may be concerned that they may not like what you deliver. A testimonial that talks about them not liking the design you initially presented but how you got on a call and talked it through, they made changes and you love the end result is likely to be more powerful than one that just states how much they loved the end design.

5. Addresses reasons people may not buy

Many people who are considering working with you will have some concerns. Testimonials can be a great place to overcome these.

Potential clients of ours have a number of worries.

Some potential clients may worry that we won’t get their vision. A testimonial from a client that talks about how they were concerned you wouldn’t get their vision, but you did and delivered an end result they love can convert those people with the same concern.

Potential clients may be concerned they’ll end up paying more than quoted. A testimonial that talks about how a client was concerned the price would be higher than quoted but were surprised to find that the end price was exactly what was quoted upfront can help overcome those objections.

Similarly potential clients may worry that you will persuade/force them to do something they don’t want to. Again addressing this in the testimonials can help show this isn’t true. We have worked with a number of baby and child sleep consultants. Many of their potential clients are concerned they will be told to let their baby/young child cry in order to get them to sleep. A testimonial that talks about this concern and how their child didn’t cry (and nor were they advised to let their baby cry) is more powerful than you saying it!

The best testimonials are ones where the potential clients you want to work with can see themselves are the most effective.

So use testimonials that are:

Because the right kind of testimonials are powerful weapons when it comes to attracting more like these kind of clients.

This website uses cookies to improve your experience while you navigate through the website. Out of these cookies, the cookies that are categorized as necessary are stored on your browser as they are essential for the working of basic functionalities of the website. We also use third-party cookies that help us analyze and understand how you use this website. These cookies will be stored in your browser only with your consent. You also have the option to opt-out of these cookies. But opting out of some of these cookies may have an effect on your browsing experience.
Necessary Always Enabled
Necessary cookies are absolutely essential for the website to function properly. This category only includes cookies that ensures basic functionalities and security features of the website. These cookies do not store any personal information.
Non-necessary
Any cookies that may not be particularly necessary for the website to function and is used specifically to collect user personal data via analytics, ads, other embedded contents are termed as non-necessary cookies. It is mandatory to procure user consent prior to running these cookies on your website.
SAVE & ACCEPT 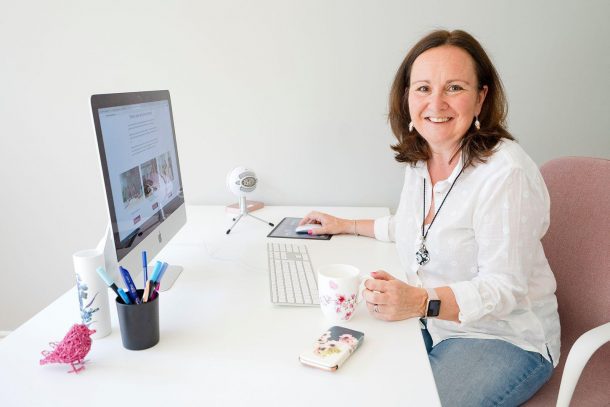 Wanta FREE guide with 9 top tips for a successful website?

You have Successfully Subscribed!

* we don't like spam and we won't abuse your email